Average birth weights in the United States declined substantially during the 1990s and 2000s and have not recovered to the birth weight levels prior to the declines. Newly funded research by Ryan Masters will document state level birth weight trends among U.S. infants born to non-Hispanic black, non-Hispanic white, and Latina women between 1990 and 2014. Based on these trends, the researchers will examine the extent to which increased rates of cesarean section deliveries (C-sections) and labor inductions have been responsible for recent changes in U.S. birth weights. The research has been supported by the Eunice Kennedy Shriver National Institute of Child Health and Human Development.

Existing research has reported no link between birth weight declines in the United States and the increased use of C-sections and inductions. Further, existing evidence suggests that changes in U.S. birth weight distributions have occurred across all weeks of gestational age. The anomalous declines in U.S. birth weights are therefore suspected to reflect sources of reduced fetal growth that have been independent of gestational age. However, analytic approaches from extant research have overlooked how the composition of births at gestational ages have changed as a result of rising use of C-sections and inductions. Increased uses of C-sections and inductions have not been random. Rather, they have disproportionately occurred at select gestational ages, which have dramatically shifted when U.S. births take place and how. These labor interventions often affect pregnancies that likely would have resulted in births taking place at older gestational ages and at higher birth weights if the interventions did not occur. The consequences of these changes have altered both the distribution of U.S. births across gestational ages as well as the birth weight distributions of these births. This project will explore how these compositional changes may be responsible for declines in birth weight among infants born to U.S. non-Hispanic black, non-Hispanic white, and Latina mothers in all states between 1990 and 2014.

The project will analyze gestational age distributions and birth weight distributions in official National Vital Statistics Systems Natality files for years 1990, 1996, 2002, 2008, and 2014. Traditional demographic techniques and survival models will be used to estimate changes in the joint probabilities of births occurring at specific gestational ages via specific birthing methods (i.e., C-section, induction, or vaginal without intervention). Simulation techniques will be used to illustrate how birthweight distributions among non-Hispanic black, non- Hispanic white, and Latina women in all U.S. States would have changed if rates of C-section use and rates of induced labor had remained constant over the years. The analytic approach of the project is novel and goes well-beyond existing analyses by paying special attention to compositional changes in U.S. births in terms of birth method, birth timing, and birth weight. Findings from the project will contribute significantly to research in demography and public health, and potentially inform obstetric practices and policies. 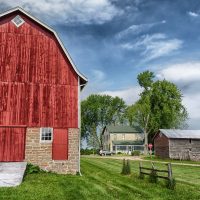 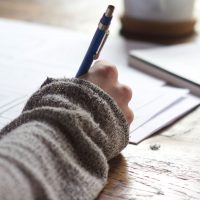