Initial data suggest that it does have an effect, particularly among less-healthy populations, CU Boulder researchers find

A first look at the intersection of climate change and the relatively good health of new migrants—or “healthy migrant effect”— suggests that the changing climate might propel less-healthy people to migrate from Mexico to the United States, according to author Lori M. Hunter, a sociology professor and director of the Population Program in the University of Colorado Boulder’s Institute of Behavioral Science (IBS).

Hunter hopes the findings will spark interest from both other researchers and also policymakers as the “migration stream from Mexico is of political importance in these times.”

“We weren’t sure if we would find any associations, because no one had done this type of analysis before,” Hunter said. “We found intriguing interaction effects for migration, climate and health in two eco-regions, but the associations go in different directions.”

Previous work has illustrated a relationship between U.S.-Mexico migration and the overall health of migrants leaving Mexico. That is, healthier people tend to migrate more than less-healthy people, a trend that is sometimes attributed to migrants’ seeking means to support extended families who stay in place.

Hunter and co-author Daniel Simon, a graduate student in sociology and IBS, built on this established relationship between migration and health in their most recent paper, “Might climate change the “healthy migrant” effect?,” published in November in the journal Global Environmental Change.

In the paper, they analyzed data from the Mexican Migration Project on more than 6,000 households and identified their climate zones based on historic precipitation trends.

“Adding in climate change makes things a bit more perplexing,” Hunter said, “especially because of the difficulty putting together data sets that can connect all these dots.”

For instance, they found that drought in already dry areas appears to propel less-healthy people to move during environmentally challenging times, according to Hunter. By contrast, healthier people are more likely to move when there has been recent rainfall and agriculture is less challenged.

Even so, in extremely dry regions, that correlation is entirely missing, which may suggest that in areas where agriculture is consistently challenging, health is less influential for migration as both healthy and less-healthy people move regardless of recent drought or not.

Prior work by Hunter and colleagues found increased Mexico-U.S. migration following drought, without regard to the health of the migrants, which she believes is a very strong climate signal.

“People aren’t necessarily excited about picking up and moving. Migration is hard, and there are strong connections to home regions,” she noted.

But if those people have strong social networks in other locations, such as in the United States, migrating is much more plausible.

Hunter said that while this study is interesting, it is the first of its kind and more studies need to be done before anyone is sure that the three components—health, climate and migration—are truly interlinked. She said there is a scarcity of data on migrants, their health and the location of their home regions—all of which are necessary in order to connect climate information.

Still, the study is a place to start, Hunter said.

“If we think more carefully about the pressures that are pushing people across the border, maybe we can create programs that can help them to stay home,” she said.

“So many rural families are dependent upon agriculture; programs to make agriculture more sustainable—or provide other livelihood options—might actually reduce migration. In fact, given the U.S.’ role in contemporary climate change, helping those impacted could be considered part of achieving ‘climate justice.’” 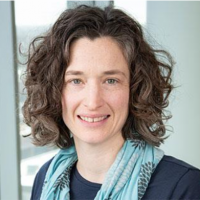 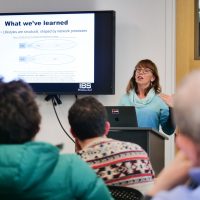 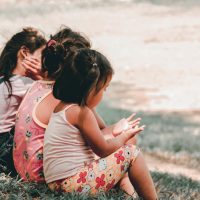